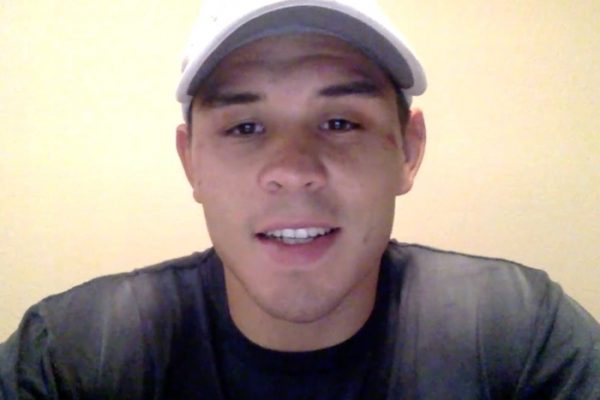 After winning back to back fights in the featherweight division, Ricky Simon will return to his natural weight class of bantamweight on Dana White’s Tuesday Night Contender Series on August 8 as he will meet former World Series of Fighting title challenger Donavon Frelow.

Simon (9-1) is coming off a submission victory against Charon Spain in the co-main event of KOTC: Head Strong in late May and that marked the first submission victory in his professional career. Four of his last five wins have come by decision and this will be his third fight of 2017.

During the most recent episode of “The MMA Report Podcast,” Simon was a guest on the show to preview his fight against Frelow and explained what makes his opponent dangerous.