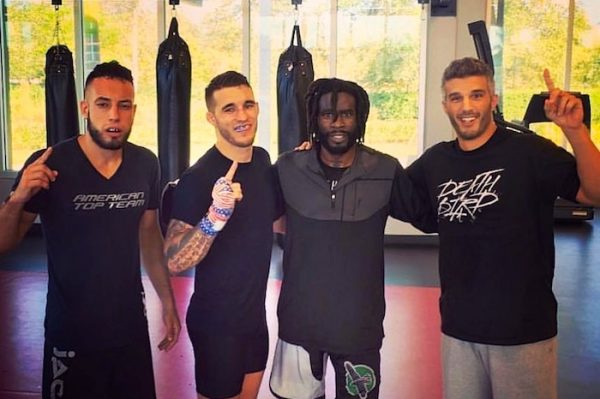 Video: Caleb Williams on dealing with Hurricane Irma, mentality getting over lost, and fighting Steven New

American Top Team’s Caleb Williams will return to competition on October 21 at Battleground MMA in West Palm Beach, Florida as he will face Steven New in a lightweight bout.

Williams (8-4, 1NC) is coming off a split decision lost against Reggie Merriweather at HFC 33 in April and simply put, it was an awful decision. The defeat dropped Williams to 2-2 in his last four fights and this will be his second fight of 2017.

During last week’s episode of “The MMA Report Podcast,” Williams was a guest on the podcast to preview his upcoming fight against New at Battleground MMA. Along with previewing his upcoming fight, he talked about dealing with Hurricane Irma and mentality getting over his split decision lost against Merriweather.