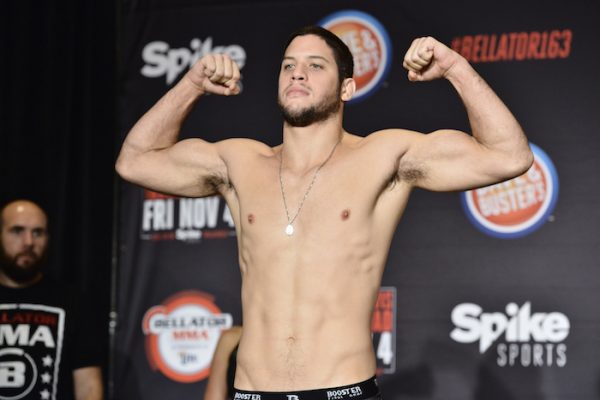 Undefeated welterweight Neiman Gracie will be in the co-main event of Bellator 185 on Friday, October 20 as he will face Zak Bucia on the fight card coming from the Mohegan Sun Arena in Uncasville, Connecticut.

Gracie (6-0) made his Bellator debut in 2015 and has gone 4-0 in the promotion. His most recent win came in June at Bellator NYC as he defeated Dave Marfone by submission in the second round and he was initially scheduled to fight Javier Torres on this fight card. However, Torres pulled out of this fight last week and Bucia stepped up to take the fight on short notice.

During this week’s episode of “The MMA Report Podcast,” Gracie was a guest on the podcast to talk about being part of the Bellator 185 card and explained what he wants fans to know about him.