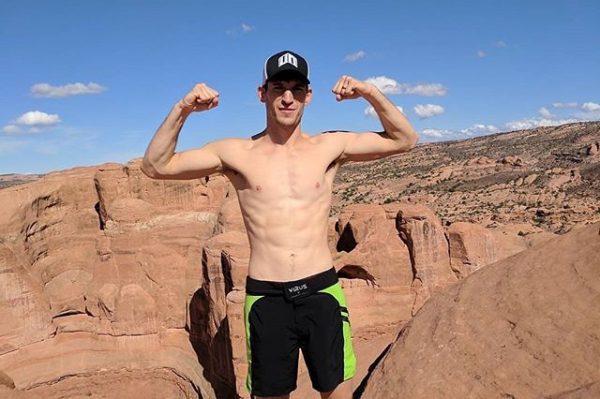 Video: Bellator 184’s Westin Wilson on being Mormon fighter and his involvement in Romney vs. Holyfield boxing match

The Bellator debut of Westin Wilson will take place on Friday night at the Winstar World Casino in Thackerville, Oklahoma as he will meet LJ Hermreck on the preliminary card of Bellator 184.

Wilson (4-2) was initially scheduled to fight Gaston Reyno, but a Bellator official confirmed to The MMA Report on Monday that Reyno was out of the fight and Wilson would now be facing Hermreck.

During last week’s episode of “The MMA Report Podcast,” Wilson was a guest on the podcast to talk about his Bellator debut on Friday night. Also, he discussed being a Mormon MMA fighter and his involvement in the charity boxing match between Mitt Romney and Evander Holyfield.