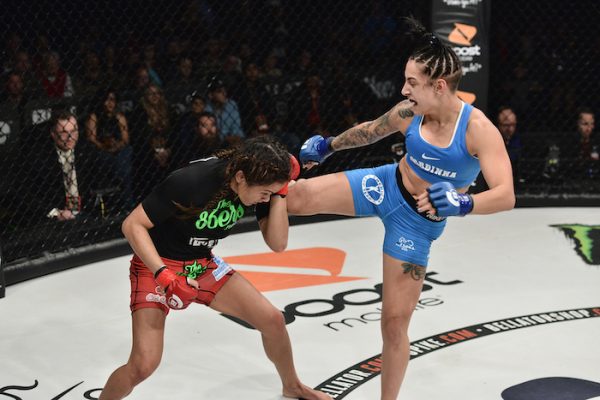 Emily Ducote will look to become the inaugural Bellator women’s flyweight champion tonight in the co-main event of Bellator 186 as she will rematch Ilima-Lei MacFarlane on the fight card coming from the Bryce Jordan Center on the campus of Penn State University.

Ducote (6-2) has won back to back fights since her first meeting against MacFarlane. Her most recent fight came in July as she scored a decision against Jessica Middleton.

During this week’s podcast, Ducote was a guest on the show to preview her rematch against MacFarlane and she talked about the takeaways from her first meeting with MacFarlane.