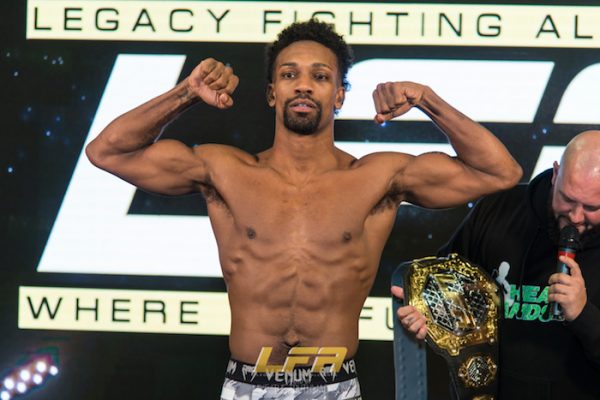 Robert Watley successfully defended the LFA lightweight title earlier this month as he defeated Daryl Wilson by TKO at LFA 27 and the victory marked his ninth straight victory.

The stoppage victory for Watley (9-1) marked his fifth career win by finish and three of his last five wins have come by either TKO/KO or submission.

During last week’s podcast, Watley was a guest on the show to recap his victory over Wilson. In addition to recapping the victory, he explained how he has one fight left on his current LFA contract and he’s planning to honor that deal before potentially heading to the UFC or Bellator.