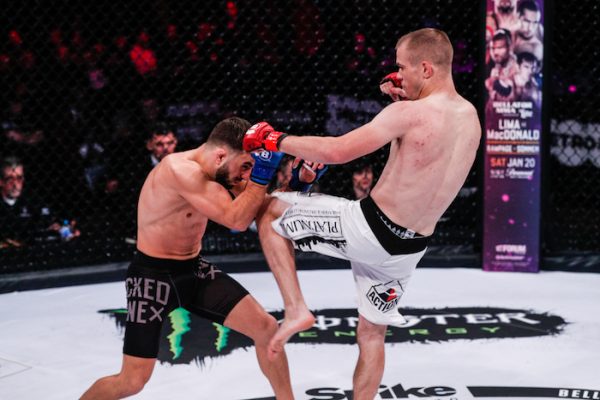 Bellator 191 took place on Friday from the Metro Radio Arena in Newcastle, England and was headlined by Michael McDonald winning his Bellator debut with a decision win over Peter Ligier in a catchweight bout of 138 pounds.

The co-main event also featured a fighter winning their Bellator debut as Valerie Letourneau scored a decision victory over Kate Jackson in a women’s flyweight bout.

The complete Bellator 191: McDonald vs. Ligier results are below.