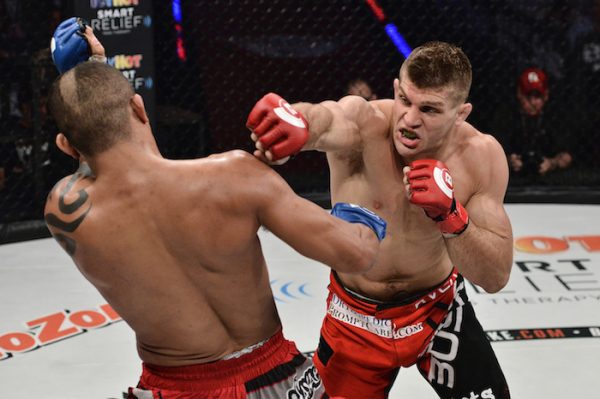 Brent Primus won the Bellator lightweight title earlier this year at Bellator NYC when he defeated Michael Chandler and it was expected that the two would have a rematch either late this year or early next year.

However, Bellator recently announced that Chandler would be fighting at Bellator 192 against Goiti Yamauchi. With that fight being booked and Chandler making comments about Primus being a part time fighter, Jason Floyd spoke with Primus on this week’s podcast.

During their conversation, Primus explained his side of the story on why this rematch has not been booked at this time. In addition, he responded to Chandler calling him a “part-time fighter” and how he expects to make a title defense against Patricky Pitbull in early 2018.