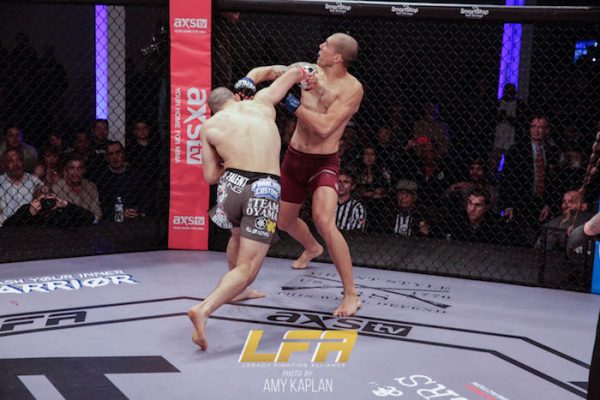 LFA 30 took place this past Friday night in California and the main card on AXS TV featured a welterweight bout as Christian Aguilera scored a knockout victory in 27-seconds against Maycon Mendonça.

The victory by Aguilera (9-4) marked his seventh career victory by TKO/KO and he’s won four of his last six fights. Three of his last four wins have come in under one minute and he’s only made it out of the first round in two of his thirteen career fights.

On this edition of “The MMA Report Podcast Extra,” Aguilera recaps his quick victory at LFA 30 and talks about the grappling tournament he will be competing in this weekend.