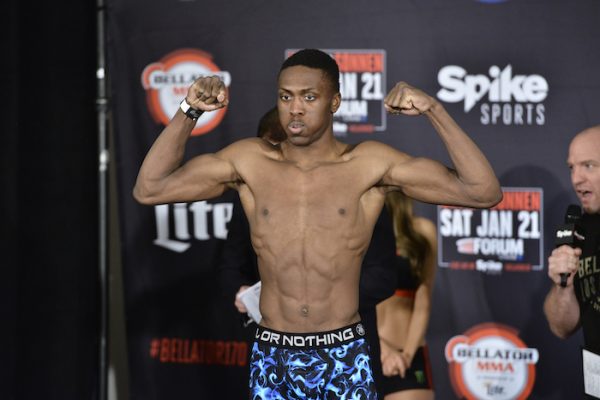 Jalin Turner will return to the Bellator cage for the first time in one year at Bellator 192 on Saturday, January 20 as will face Noah Tillis in a lightweight bout on the preliminary card that will be streamed on the Bellator website.

Turner (5-3) won his Bellator debut last year at Bellator 170 against Gabriel Green in 36-seconds and has gone 3-1 in his last four fights. In his most recent fight, he scored a submission win against Vytautas Sadauskas at King of the Cage: Never Quit in September and all of his wins have come in the opening round.

During this week’s podcast, Turner was a guest on the podcast to preview his fight against Tillis at Bellator 192. Along with previewing his fight, he talked about fatherhood and how this has caused him to look at things differently now.