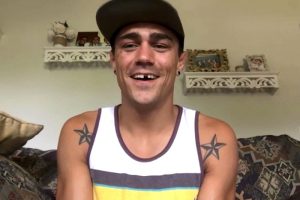 The main event of Saturday’s Cage Titans 39 event in Massachusetts on FloCombat will be a lightweight bout as Peter Barrett will look for his second straight victory when he faces Connor Barry.

Barrett (9-2) is coming off a 52-second submission win against Jay Ellis at Cage Titans 38 in April and the victory snapped a two fight losing streak. The stoppage victory against Ellis marked his eighth career victory by finish and six of those wins have come in the opening round.

During this week’s podcast, Barrett was a guest on the show to preview his matchup against Barry.