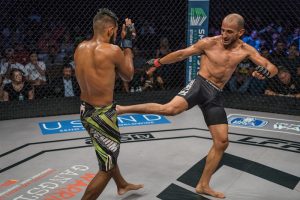 The main event of Dana White’s Tuesday Night Contender Series on June 19 will be a featherweight bout as Yazan Hajeh will look to remain undefeated when he meets Matt Sayles.

Hajeh (6-0) enters this matchup following a split decision win last year at LFA 21 against Oscar Valdez and his last three wins have come by decision. He opened his career with first round stoppage victories in two of his last three fights and this will be his third fight in the last eleven months.

I had a chance to speak with Hajeh earlier this week about his fight coming up on Tuesday against Sayles and during our conversation, he spoke about his decision to move his training to Las Vegas and the matchup against Sales.