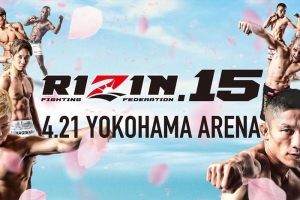 Rizin 15 took place on Sunday at the Yokohama Arena in Japan and was headlined by Jiri Prochazka claiming the inaugural Rizin FF light heavyweight title with a TKO victory in the third round against Muhammed “King Mo” Lawal.

In addition to the inaugural light heavyweight title fight, the fight card featured Kyoji Horiguchi extending his winning streak to twelve fights with a TKO win in the opening round against fellow UFC vet Ben Nguyen.

The complete Rizin FF 15 Results are below.