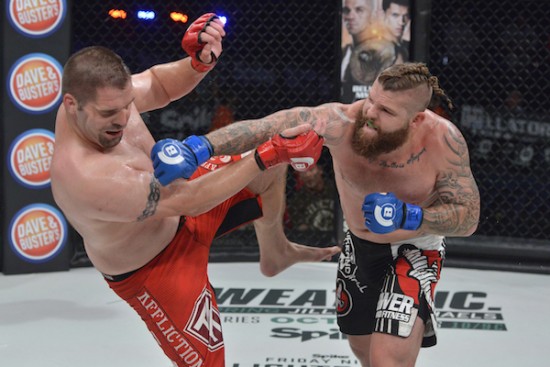 A heavyweight bout has been added to May’s Bellator 155 in Boise, Idaho as Dan Charles will meet undefeated Brazilian Augusto Sakai.

The fight booking was announced by Bellator on Thursday.

Bellator 155 will come from the CenturyLink Arena in Boise, Idaho on May 20 and will be headlined by a title fight as Rafael Carvalho defends the middleweight title against Melvin Manhoef.

Charles (10-3) is coming off a knockout win at Bellator 143 against Chase Gormley and he has won three of his last four fights. Eight of his ten wins have come by finish and six of those victories are by TKO/KO. Sakai (9-0) made his Bellator debut in 2013 and he has gone 4-0 in the promotion. His most recent win came in November as he defeated Alex Huddleston by unanimous decision at Bellator 145.

The current Bellator 155: Carvalho vs. Manhoef fight card is below: