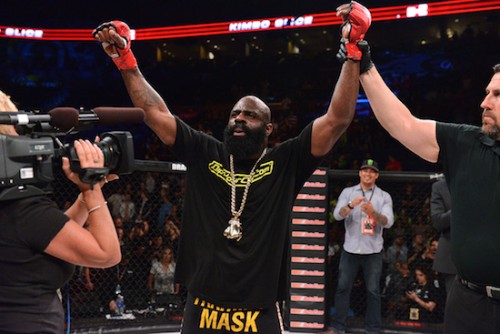 Kevin “Kimbo Slice” Ferguson and Ken Shamrock tested positive for a banned substance in their drug test at Bellator 149 with the Texas Department Licensing and Regulation.

The failed drug test by both fighters was initially reported by MMA Fighting and Texas Department Licensing and Regulation has not responded to a public records request submitted by The MMA Report.

According to the report by MMA Fighting, both fighters have been suspended by the Texas Department of Licensing and Regulation pending an adjudication process. The substance that the fighters tested positive for has not been released since their is a potential of pending litigation.

Stay tuned to The MMA Report for updates on this developing story.