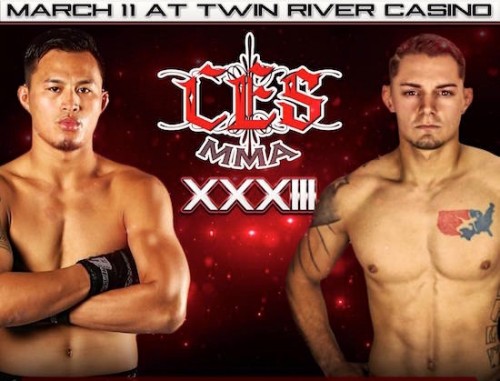 CES MMA 33 took place on Friday night at the Twin River Casino in Lincoln, Rhode Island and was headlined by Andre Soukhamthath winning the inaugural CES MMA bantamweight title with a flying knee knockout in the fifth round victory against Kody Nordby.

The complete CES MMA 33: Soukhamthath vs. Nordby results are below.