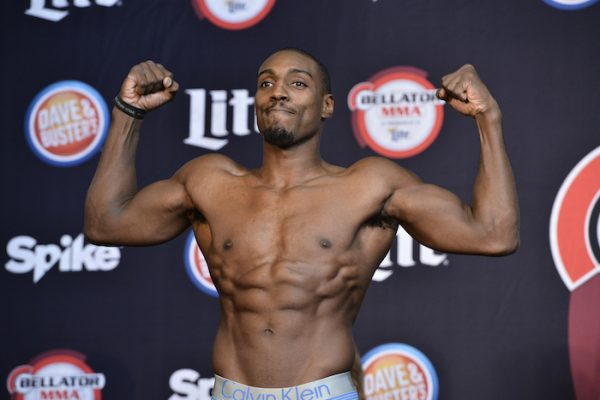 The main event of tonight’s Bellator 154 at the SAP Center in San Jose, California will be a light heavyweight bout that will likely determine the next title challenger in the 205 pound division as Phil Davis meets Muhammed “King Mo” Lawal.

This fight was initially scheduled to take place in the final of the one-night, four-man light heavyweight tournament at Bellator 142 last year, but Lawal had to pull out of the tournament with an injury. During the May 6 edition of “The MMA Report Podcast,” Davis talked about his fight tonight against Lawal and stated that his opponent’s biggest strength is his ability to talk.

“I think his biggest strength is his ability to talk and run his mouth,” Davis said. “This guy talks craziness. But honestly, he is good. He is just not better than me. You know what I am saying? He is good all the way around. He is a good wrestler. He is a good striker. Actually, his grappling is kind of suspect but whatever. But overall, he is all around a good fighter. I am just all around better.”

Check out Davis’s complete interview from the May 6 edition of “The MMA Report Podcast” below and be sure to subscribe to the show on iTunes and Stitcher.