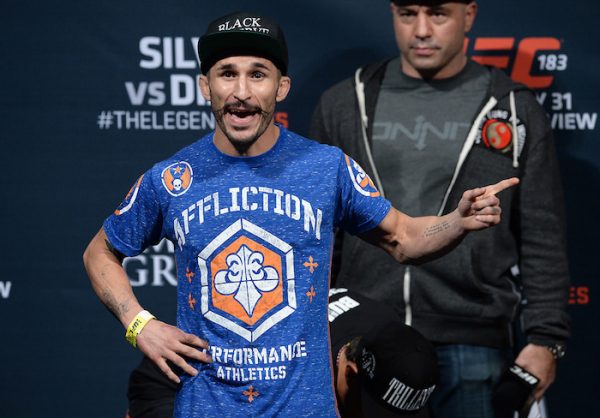 Ian McCall vs. Justin Scoggins in the works for UFC 201

“Uncle Creepy” is expected to return to the UFC octagon in July as Ian McCall is targeted to face Justin Scoggins in a flyweight bout at UFC 201 in Atlanta, Georgia.

UFC 201 will come from the Phillips Arena on July 30 and the event will be headlined by a welterweight title fight as Robbie Lawler defends the UFC 170 pound title against Tyron Woodley.

McCall (13-5-1) has gone 2-3-1 since entering the UFC in 2012 and will enter this fight following a decision lost against John Lineker at UFC 183 in early 2015. All of his fights in the UFC have gone the distance and his last win came in July of 2014 against Brad Pickett. Scoggins (11-2) is coming off a decision win in February against Ray Borg and he has won back to back fights. He is 4-2 in the UFC and six of his eleven victories have come by TKO/KO.