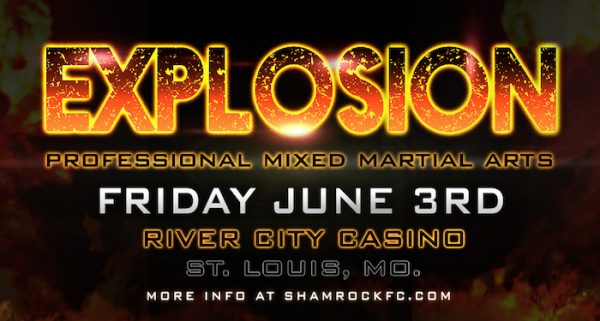 Ultimate Fighter 17 alum Adam Cella will be in the main event of Shamrock FC: Explosion in two weeks at the River City Casino in St. Louis, Missouri as he will meet Kyle Kurtz in a rematch from their fight in Bellator.

Cella (6-5) lost to Kurtz at Bellator 138 nearly one year ago by armbar submission in the second round. Cella felt he was winning the fight prior to being submitted and during Thursday’s edition of “The MMA Report Podcast,” Cella explained that he never thought Kurtz would accept a rematch with him.

“This fight actually came up kind of out of surprise,” Cella said about being offered the rematch by Shamrock FC. “Everybody that saw the first fight at the Bellator last June, saw that I dominated the fight with Kyle Kurtz the first time. To the kids credit, he got a good armbar and I can’t take that away from him but I beat him up for nine minutes. And within five seconds, he took a win away. So in the back of my mind, it’s always a fight I wanted back. But truthfully, we never thought he would say yes again.”

“We kind of feel like he stole one — walk away while you are still ahead,” he continued. Originally, I was going to fight Eric Irvin and he has a broken hand so he would not be ready. Which is ok. We went through a couple of other guys and they turned it down or wanted crazy amount of money. They were like ‘hey, going to ask Kyle Kurtz at a catchweight. What do you think?’ I am like, I am down for whatever. It’s a fight that I thought would take me a couple of wins to get to. But it never hurts to ask and surprisingly he said yes.”

Check out Cella’s complete interview from Thursday’s edition of “The MMA Report Podcast” below and be sure to subscribe to the show on iTunes and Stitcher.