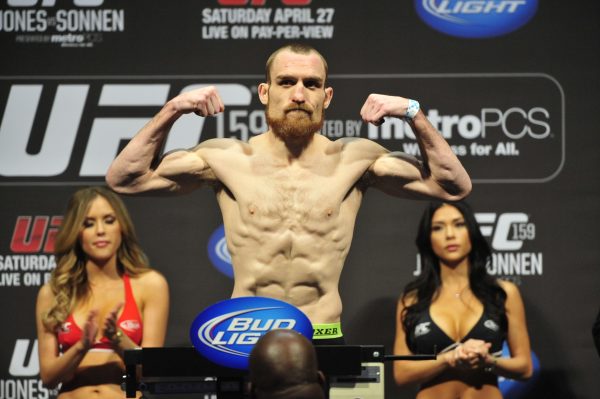 Healy (33-21, 1NC) lost the Titan FC lightweight title last year when he lost a split decision to Rick Hawn and he is coming off a decision victory at Titan FC 37 against Muhsin Corbbrey.

During this past Thursday’s edition of “The MMA Report Podcast,” Healy was a guest on the show to preview his fight with Cavalcante and explained why he thinks his fight in the main event of Titan FC 39 will be an exciting fight for the fans to watch.

“We were in Strikeforce together and that is really where I thought we would meet,” Healy said. “We were kind of two of the more top athletes in Strikeforce and for whatever reason, it never lined up that way and it’s an exciting fight for me. I think fighting a veteran like he is a big deal and it will be a great fight for the fans.”

“I think our styles are going to match up well for an exciting fight,” he continued. “We have similar styles I would say. He both kind of like top control. I think we both like to mix it up in the grappling. He likes to stand and bang to so I think you will see some of that too. I think it will be just a great MMA fight where you will see all aspects of the game.

Check out Healy’s complete interview from Thursday’s edition of “The MMA Report Podcast” below and be sure to subscribe to the show on iTunes and Stitcher.