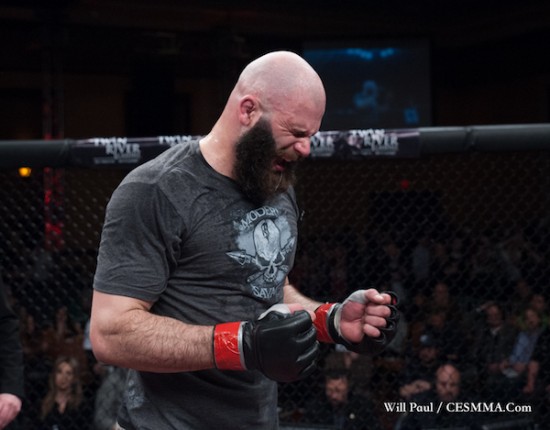 The featured preliminary bout of the WSOF 31 preliminary card on June 17 in Connecticut will be a heavyweight bout as Tyler King looks for his second straight victory as he will meet WSOF newcomer Lorenzo Hood.

King (10-4) is coming off a heel hook submission win at CES MMA 35 in April and the victory snapped a two fight losing streak. During yesterday’s edition of “The MMA Report Podcast,” King was a guest on the show to preview his fight against Hood and gave his thoughts on his opponent at WSOF 31 later this month.

“I feel like this is — all I am going to say. Patrick Walsh, my previous WSOF opponent, who has fought a whose who,” King stated on The MMA Report Podcast. “He is a UFC alum. An Ultimate Fighter alum. That was a much tougher matchup for me going into that fight. He is a good friend of mine. But I knew going into that, it was a much tougher matchup. Lorenzo’s record is full of lopsided records and debuts. My record is full of the toughest guys in the northeast and the world. I think that pretty much says it all.”

Check out King’s complete interview from Tuesday’s edition of “The MMA Report Podcast” below and be sure to subscribe to the show on iTunes and Stitcher.