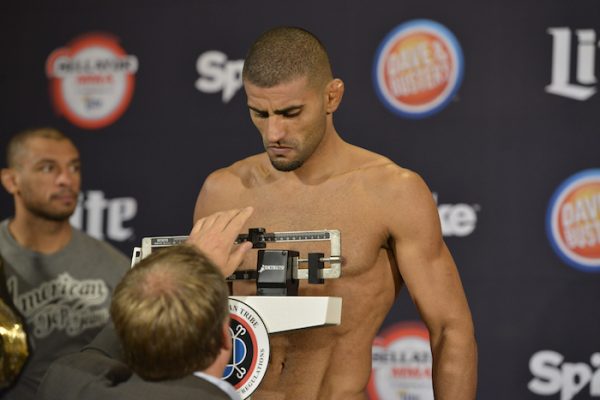 Douglas Lima on Paul Daley: It’s the fight I have been wanting for a long time

Former Bellator welterweight champion Douglas Lima will return to the Bellator cage on Saturday in London for the first time since losing his title last year against Andrey Koreshkov as he will meet Paul Daley in the main event of Bellator 158.

Lima (26-6) was initially scheduled to return last month against Chidi Njokuani, but Bellator moved him to this event when Josh Koscheck pulled out of the fight card with an undisclosed injury. On yesterday’s edition of “The MMA Report Podcast,” Lima stated it was an easy decision to take this fight since this is the fight he has wanted for a long time.

“It’s the fight I have been wanting for a long time,” Lima explained. “Four weeks after I was supposed for fight, not a big deal. Just the weight cutting and stuff was what I was really thinking about. Everything is much better. Bigger opponent. Bigger show. Man, it’s awesome. It’s the fight that I wanted. Just very exciting and definitely did not think much about taking this fight.

Check out Lima’s complete interview from yesterday’s edition of “The MMA Report Podcast” below and be sure to subscribe to the show on iTunes and Stitcher.