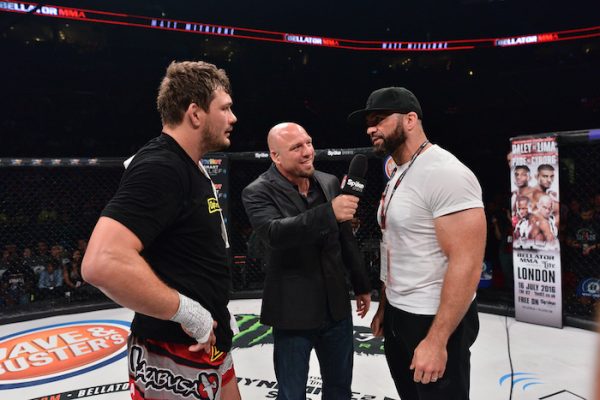 The Bellator debut of heavyweight Oli Thompson will come this Saturday in London, England as he will meet Matt Mitrione in the co-main event of Bellator 158.

Thompson (17-8) enters this fight on a five fight winning streak and most fans will likely remember him from his stint in the UFC in 2012. His time in the UFC did not go according to plan as he lost both of his fights in the promotion and since exiting the UFC, he has gone 8-4.

During last week’s episode of “The MMA Report Podcast,” Thompson was a guest on the show to discuss his fight on Saturday against Mitrione and explained how he is a much different fighter now than he was in the UFC.

“I have come a long way technically and I am also mentally in a better place with the people around me and what I am doing,” Thompson said. “When I signed my contract with the UFC, I had not hit a pad before in a boxing gym or whatever. I signed my contact and said you know what, I am going to have to start doing it. Technically you can see how much development I have made now from then. I am a very different person and it’s exciting.”

Check out Thompson’s complete interview from last week’s edition of “The MMA Report Podcast” below and be sure to subscribe to the show on iTunes and Stitcher.