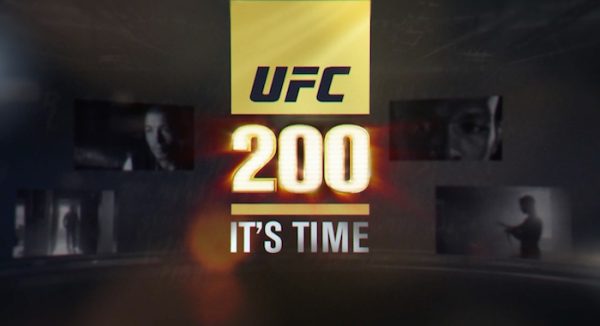 The UFC 200 Weigh-Ins took place today in Las Vegas and the main event title fight is now official after both fighters made weight.

The event will be headlined by a title fight as Miesha Tate (134.5 lbs) makes her first UFC women’s bantamweight title defense as she is challenged by Amanda Nunes (135 lbs) and the co-main event will see the return of former UFC heavyweight champion Brock Lesnar (265.5 lbs) as he will meet Mark Hunt (264.5 lbs).

The only fighter to miss weight was former UFC welterweight champion Johny Hendricks as he came in .25 pound over the welterweight limit of 171 pounds. He will be fined 20 percent of his purse for his fight with Kelvin Gastelum and the fight will proceed as a catchweight bout of 172 pounds.

The complete UFC 200: Tate vs. Nunes weigh-in results are below.

* – Hendricks missed weight by .25 pound and will be fined 20 percent of his purse.