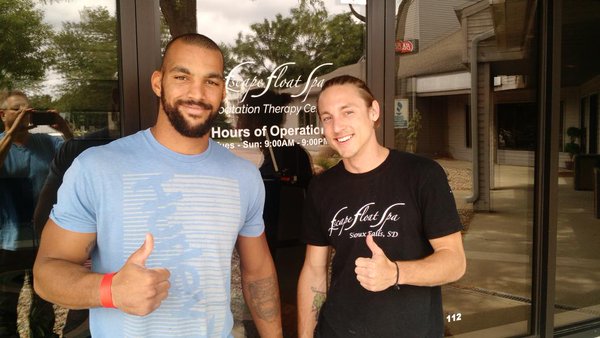 With UFC debut set for tomorrow, Devin Clark talks doing a portion of his training camp at Jackson-Wink

The UFC debut of Devin Clark will take place tomorrow night in his home state of South Dakota as he will meet Alex Nicholson in a middleweight bout on the preliminary card on UFC Fight Pass.

Clark (6-0) enters the UFC after winning the RFA light heavyweight title earlier this year against Rafael Viana and four of his six victories have come by stoppage. In his preparations for his UFC debut, he went down to New Mexico to train at Jackson-Wink Academy and he talked about that experience on this past Wednesday’s edition of “The MMA Report Podcast.”

“At first it’s a little surreal,” Clark said about training at Jackson-Wink Academy. “Once you start this sport and you are looking to go in the UFC, it’s kind of a dream or goal. Just to be there in that moment and be surrounded by these guys that have made names for themselves and have done great things. Jon [Jones] has won the belt nine times over and just being in the same room as him, let alone sparring with him and getting work with him. Definitely take a lot away from that. I definitely learned a lot, especially the mental side of it. Ins and outs of what they do and how they approach a fight. Definitely helped a lot.”

Check out Clark’s complete interview from Wednesday’s edition of “The MMA Report Podcast” below and be sure to subscribe to the show on iTunes and Stitcher.