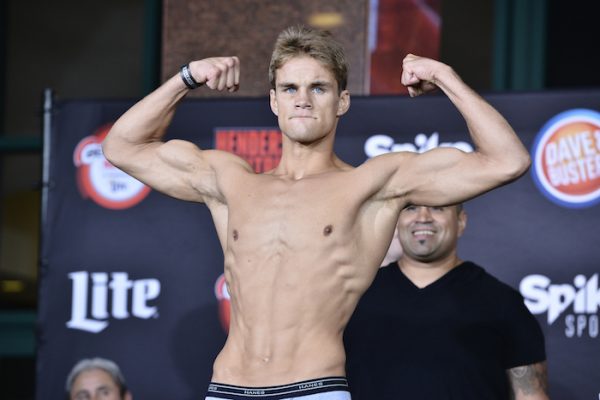 The co-main event of tonight’s Bellator 160 will be a key bout in the lightweight division as Derek Anderson will look for his second straight victory when he meets Saad Awad on the fight card coming from the Honda Center in Anaheim, California.

Anderson (13-2, 1NC) has alternated wins and losses in his last five fights and is coming off a split decision victory against former Bellator lightweight title challenger Patricky “Pitbull” Freire. His last two fights have ended via split decision and he will be looking for back to back victories for the first time since 2014.

During Wednesday’s edition of “The MMA Report Podcast,” Anderson was a guest on the show to preview his fight against Awad and explained why he will defeat Awad by knockout.

Check out Anderson’s complete interview from Wednesday’s episode of “The MMA Report Podcast” below and be sure to subscribe to the show on iTunes and Stitcher.