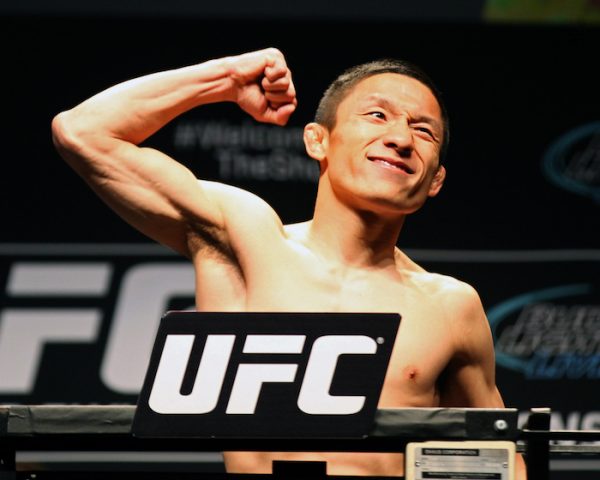 A flyweight bout between former UFC title challengers has been booked for UFC Fight Night 97 on October 15 in the Philippines as Kyoji Horiguchi will meet Ali Bagautinov.

UFC Fight Night 97 will come from the Mall of Asia Arena in Manila, Philippines and will be headlined by a featherweight bout as Ricardo Lamas meets B.J. Penn.

Horiguchi (17-2) has won back to back fights since losing to UFC flyweight champion Demetrious Johnson at UFC 186 last year. His most recent win came in May as he defeated Neil Seery by decision at UFC Fight Night 87. Bagautinov (14-4) is coming off a decision win against Geane Herrera and the victory snapped a two fight losing streak. He is 4-2 in the UFC and both of his defeats in the UFC have come by decision.

The current UFC Fight Night 97: Lamas vs. Penn fight card is below.