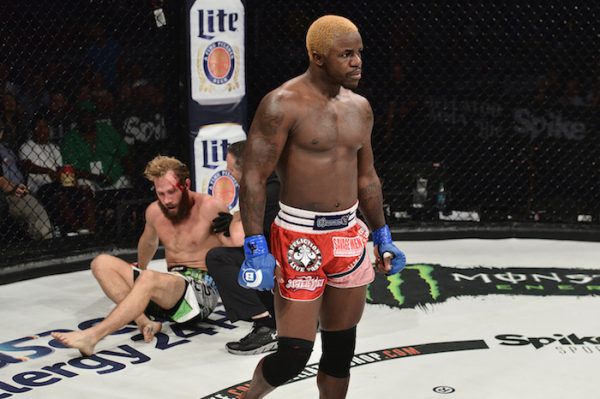 Bellator lightweight Melvin Guillard has been suspended one year and fined $10,000 by the Kansas State Athletic Commission due to testing positive for a non-performance enhancing banned substance last month at Bellator 159.

The announcement of Guillard’s suspension was announced by Kansas Athletic Commission Boxing Commissioner Adam Roorbach in an email sent to The MMA Report and other media outlets on late Friday afternoon.

The complete press release from the Kansas Athletic Commission is below.

The Kansas Athletic Commission (KAC) has suspended the license of Mixed Martial Arts (MMA) fighter Melvin Guillard for one year and has fined Guillard $10,000 for the result of a positive test for a non-performance enhancing banned substance. In addition, Guillard’s July 22, 2016 bout with David Rickels will be changed to a “no contest”.

The KAC learned of the results August 3, 2016, and Guillard’s suspension will be applied retroactively to July 22, 2016. All fighters licensed by the KAC are subject to random drug testing and must follow the world anti-doping (WADA) code.

As of late Friday afternoon, Bellator MMA has not released a statement on the suspension of Guillard.