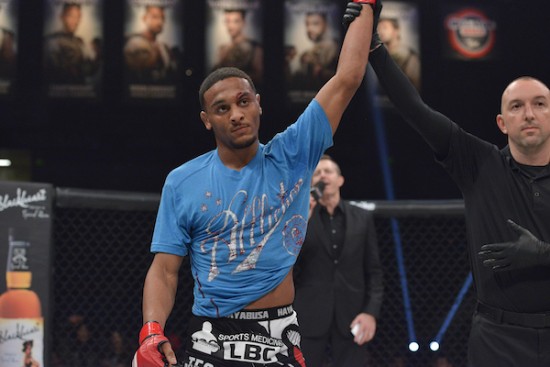 Several changes announced for Bellator 160, including Karakhanyan vs. Jenkins being elevated to main card

Henry Corrales has pulled out of next week’s Bellator 160 due to an undisclosed injury and stepping up on eight days notice to face A.J. McKee will be Cody Walker.

The fight change was announced by Bellator in a press release on Thursday. Along with announcing that Corrales was out of the event, Bellator revealed that Lena Ovchynnikova is also out of the event due to an undisclosed injury and the featherweight bout between Georgi Karakhanyan and Bubba Jenkins has been elevated to the main card.

Bellator 160 will come from the Honda Center in Anaheim, California on August 26 and will be headlined by a number one contender bout in the lightweight division as former UFC champion Benson Henderson meets former Bellator featherweight champion Patricio “Pitbull” Freire.

Walker (8-4) is is coming off a win against Conrad Padilla two weeks ago and has won three of his last four fights. This will be his third fight in Bellator as he went 1-1 in the promotion in 2014. McKee (4-0) has won all of his fights by stoppage in the first round and is coming off a TKO win in April against Danilo Belluardo at Bellator 152. Three of his four wins have come by TKO/KO and his average fight time is just under two and a half minutes.