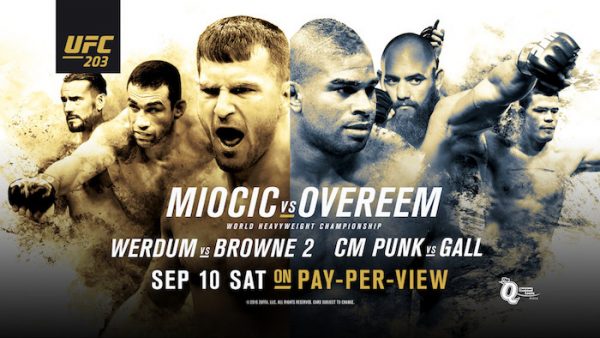 UFC 203 took place this past weekend at the Quicken Loans Arena in Cleveland and the televised preliminary card on FS1 featured Bethe Correia scoring a split decision victory against Jessica Eye.

When it came to the sports competition on Saturday night, the fight card went up against multiple college football games including Arkansas vs. TCU on ESPN (2,470,000 million viewers) and the NASCAR Spring Cup Race on NBC Sports Network (2,706,000 million viewers).

The UFC will return to FS1 this weekend for UFC Fight Night 94 in Hidalgo, Texas and the fight card will be headlined by a lightweight bout between Dustin Poirier and Michael Johnson.