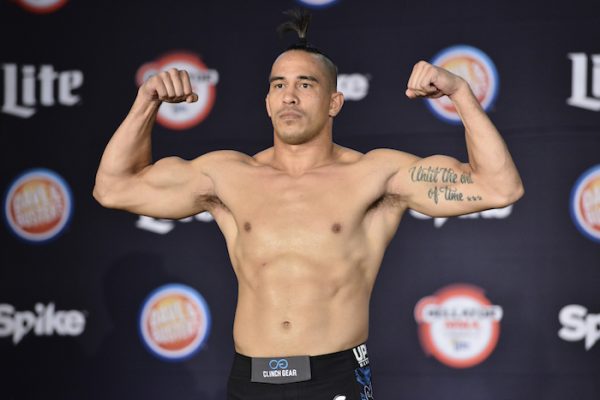 AJ Matthews: I am going to go scrap and I think what Hisaki Kato brings is not going to be enough

Tonight’s Bellator 162 main card will feature a middleweight bout as A.J. Matthews will look to snap a two fight losing streak when he meets Hisaki Kato on the fight card coming from the FedEx Forum in Memphis, Tennessee.

Matthews (8-5) has been in Bellator since 2011 and has gone 4-3 in the promotion. He enters this fight following a decision defeat earlier this year against Ben Reiter and he will be looking for his first win since defeating Emiliano Sordi last year at Bellator 141.

During Wednesday’s edition of “The MMA Report Podcast,” Matthews was a guest on the show to preview his fight tonight against Kato and his complete interview is below.