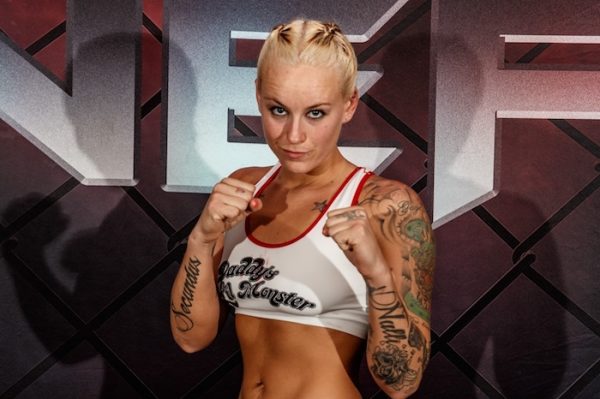 The latest fight booking to the New England Fights 26 event on November 19 is a matchup in the bantamweight division as Brianne Genschel will make her amateur debut against Jessica Borga.

The fight booking was announced by New England Fights officials on Thursday.

Borga (2-2) made her New England Fights debut last month and lost a decision against Rachael Joyce. She enters this fight with back to back defeats and both of her amateur wins have come by TKO/KO.

“I’m not slowing down anytime soon,” said Borga. “And love to take on any challenges and get better each fight. The more experience the better! So thankful for the girls that are stepping up to fight! I’m ready to put on an amazing show.”

Genschel is a black belt in Brazilian Jiu-Jitsu (BJJ) and is a BJJ instructor at The Foundry in Farmington, Maine. She also trains at First Class MMA based in Brunswick, Maine and plans to put on an exciting fight next month at New England Fights 26.

“I’m really looking forward to stepping into the cage for my first fight with NEF, and especially against such an established opponent,” said Genschel. “I can’t wait to represent my teams- Foundry BJJ and First Class MMA. I have been training hard for this opportunity, and promise to put on a good show and leave it all in the cage!”