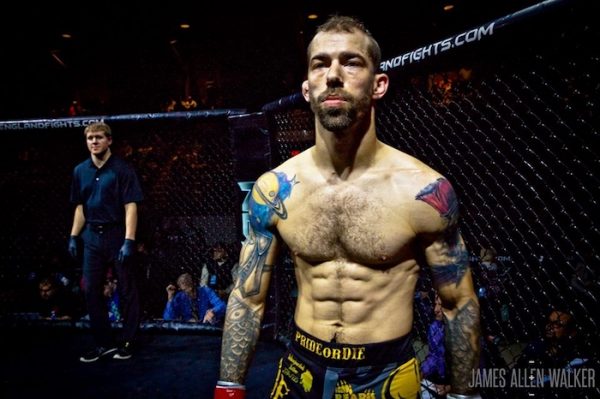 A featherweight bout has been announced for the New England Fights 26 fight card on November 19 in Lewiston, Maine as Josh Parker will meet Derek Shorey.

The fight booking was announced by New England Fights officials on Tuesday.

Parker (4-8) will be stepping into mixed martial arts competition for the first time since late 2013, which was a submission defeat against Bruce Boyington at NEF 11. He is currently on a three fight losing streak and three of his four wins have come by stoppage.

“I want to thank NEF for the opportunity and Derek for taking the fight,” said Parker. “I’m excited to get back in the cage. I feel like I have a lot to prove. I will show up this time and I will finish this fight – don’t miss it!”

“This is a fight that has scared the crap out of me in the past,” declared Shorey. “He’s a big, strong 145er that has good movement and boxing. Standing and trading could end horribly for either of us. His strength may be enough to keep my slams in check and I’m not a jits expert, so he can probably power out of whatever I throw at him. It’s a puzzle I’m both excited and terrified to tackle.”