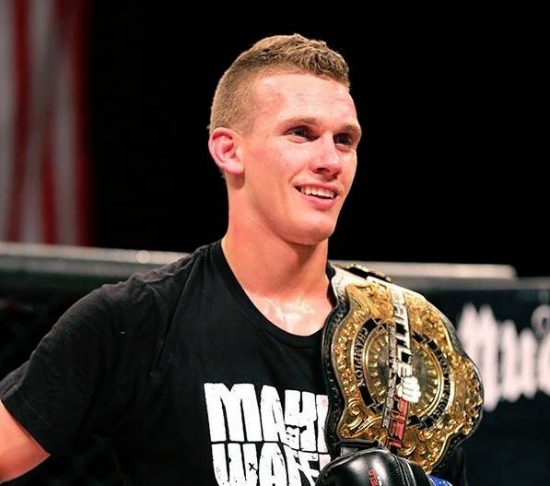 Video: Alexi Argyriou explains why pressure will be a key to victory next week at Hard Knocks 51

Undefeated Canadian lightweight Alexi Argyriou will return to mixed martial arts competition next Friday night at Hard Knocks 51 as he will meet Adam Smith on the fight card coming from the Century Casino in Calgary, Alberta, Canada.

Argyriou (4-0) made his professional debut in 2014 and all of his wins have come by stoppage in the first or second round. His most recent win came in April as he defeated Nate Oses by rear-naked choke submission at Hard Knocks 49.

On Monday afternoon, I had the opportunity to chat with Argyriou about his fight next week in Calgary and he explained why pressure will be a key to victory over Smith.