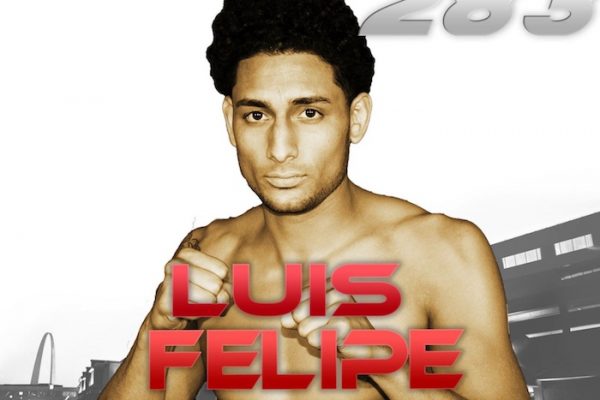 Luis Felipe believes fighting keeps him on the straight and narrow

Undefeated amateur lightweight Luis Felipe will return to mixed martial arts competition on Saturday at Shamrock FC 283 as he will meet Jeff Glover on the fight card coming from the Lumiere Casino in St. Louis.

Felipe (4-0) made his amateur debut at the end of 2015 and three of his four victories have come by stoppage. He enters Shamrock FC 283 following a submission victory against Richard Moad at Gateway Challenger Series in December and this will be his third MMA fight to take place in Shamrock FC.

On this edition of “The MMA Report Podcast Extra,” Felipe previews his fight against Glover on Saturday at Shamrock FC 283 and stated that he believes fighting keeps him on the straight and narrow.