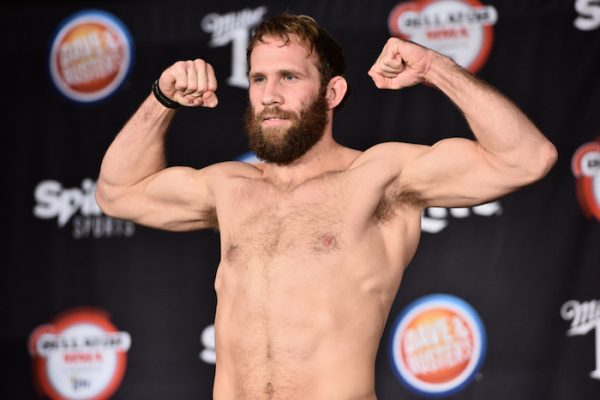 David Rickels: If I can’t beat Aaron Derrow, I am really rethinking my career choices

The co-main event of tonight’s Bellator 171 will be a lightweight bout as David Rickels will step into the Bellator cage for the 18th time when he meets Aaron Derrow on the fight card coming from the Kansas Star Arena in Mulvane, Kansas.

Rickels (17-4, 2NC) enters this fight following a no-contest against Melvin Guillard last ear at Bellator 159 and he is 3-3, 2NC in his last eight fights. Tonight will mark his 7th Bellator fight to take place at the Kansas Star Arena and three of his last four fights have ended in the first round.

During this week’s episode of “The MMA Report Podcast,” Rickels was a guest on the podcast to preview his fight tonight against Derrow and explained why he would need to rethink his career choices if he can not beat Derrow.