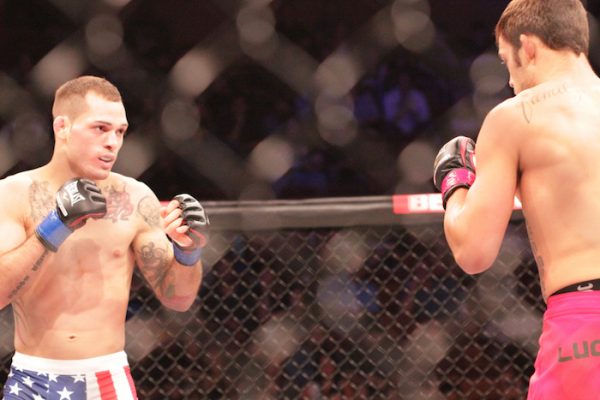 The main event of Friday’s CES MMA 41 will be a title fight as Matt Bessette will make his first featherweight title defense as he’s challenged by Kevin Croom on the fight card coming from the Twin River Casino in Lincoln, Rhode Island.

Bessette (20-7) won the vacant CES MMA featherweight title last year at CES MMA 37 as he submitted Joe Pingitore by submission in the second round. He enters CES MMA 41 with five straight victories and four of those five wins have come by submission.

During last week’s episode of “The MMA Report Podcast,” Bessette was a guest on the podcast to preview his title defense on Friday at CES MMA 41 against Croom snd explained why he got off to a slow start against Pingitore in his last fight.