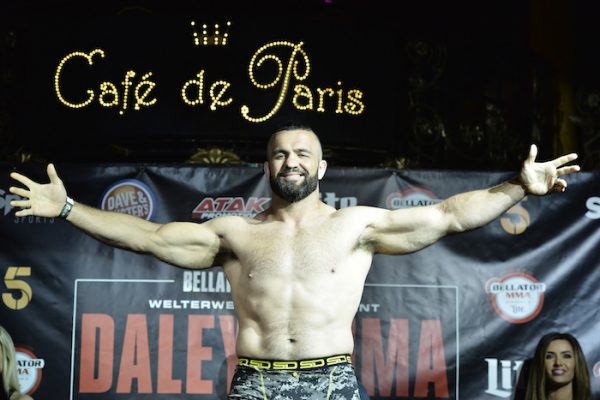 Oli Thompson talks about risk vs. reward in a fight and matchup tonight against Cheick Kongo

Oli Thompson will look for his first victory inside the Bellator cage tonight at Bellator 172 as he will meet Cheick Kongo on the fight card coming from the SAP Center in San Jose, California.

Thompson (17-9) lost his Bellator debut last year against Matt Mitrione at Bellator 158 and the defeat snapped a five fight winning streak. During that winning streak, two of the five wins came by TKO in the first round and he is 7-4 in his last eleven fights.

During this week’s episode of “The MMA Report Podcast,” Thompson was a guest on the podcast to preview his fight against Kongo and talked about risk vs. reward in the fight.