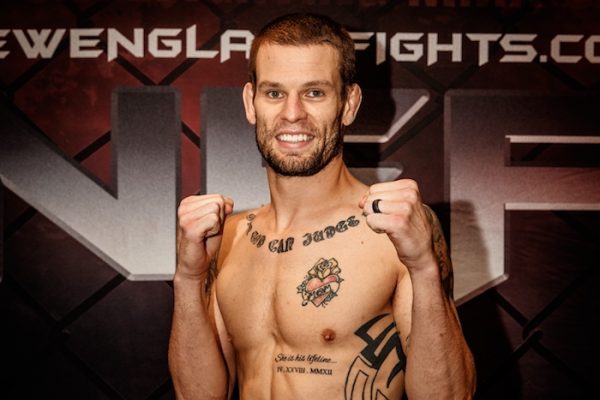 The next New England Fights (NEF) lightweight champion will be crowned on April 29 at NEF 28 as Ryan Sanders will look for his second victory against Jon Lemke on the fight card coming from the Androscoggin Bank Colisee in Lewiston, Maine.

Sanders (13-8) initially faced Lemke at NEF 26 last year and walked away with a decision victory. Following that fight, the NEF lightweight title became vacant when Bruce Boyington left the promotion for the World Series of Fighting and the promotion set up a four-man tournament. Both Sanders and Lemke won their semifinal bouts by stoppage in the first round and Sanders only needed 15-seconds to defeat John Ortolani.

During last week’s episode of “The MMA Report Podcast,” Sanders was a guest on the podcast to preview his upcoming title fight against Lemke at NEF 28: Invincible.