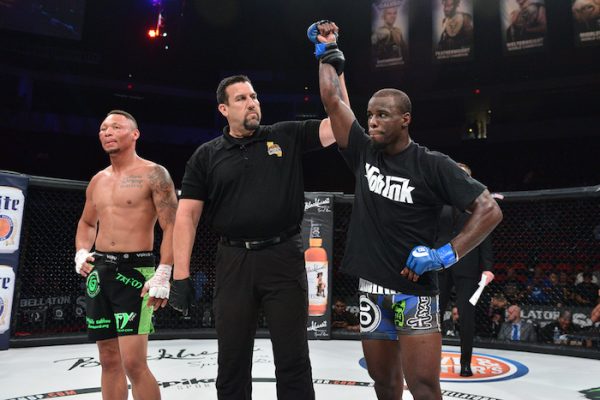 Along with talking about the price for the upcoming pay-per-view, Jason is joined by Daniel Galvan to preview Friday’s Bellator 175: Rampage vs. King Mo II. The guys preview the five fights that will be part of the main card broadcast on Spike and give their predictions on who they think will walk away with victories.

After hearing from Daniel, Jason talks about some of the latest news in MMA including bantamweight Michael McDonald signing with Bellator and gives his thoughts on the latest fight bookings in MMA. Then, Jason has five fighter interviews on this week’s podcast as he is joined by Mike De La Torre, Carrington Banks, Wilfredo Santiago, Raufeon Stots, and Kassius Holdorf.