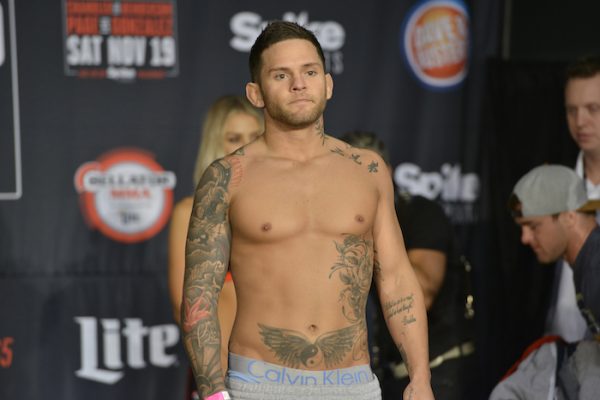 Video: Vince Murdock talks about terrible 2016, tough to get fights, and fight at KOTC: Supremacy

Team Alpha Male featherweight Vince Murdock will have his first fight of 2017 in two weeks at King of the Cage: Supremacy as he will face Aurtan Daley on the fight card coming from the Yack Arena in Wyandotte, Michigan.

Murdock (8-3) has been fighting professionally since 2012 and seven of his eight wins have come by stoppage. He enters this fight following a decision defeat in November at Bellator 165 against Jeremiah Labiano and that defeat snapped a three fight winning streak.

On this edition of “The MMA Report Podcast Extra,” Murdock talks about “terrible” 2016, being tough to get fights, and upcoming fight at KOTC: Supremacy.