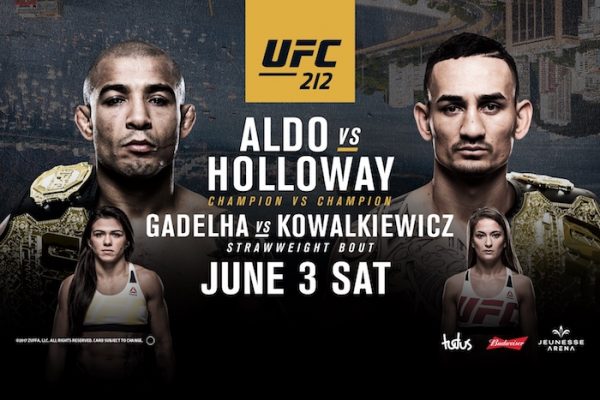 UFC 212 took place on Saturday night from the Jeunesse Arena Rio de Janeiro, Brazil and was headlined by Max Holloway becoming the unified UFC featherweight champion with a victory in the third round against Jose Aldo.

Along with Holloway becoming undisputed featherweight champion, Claudia Gadelha cemented her place as the top contender in the UFC women’s strawweight division with a submission victory over Karolina Kowalkiewicz.

With this fight card now in the books, listen to the post fight podcast as Jason Floyd and Daniel Galvan give their thoughts on what happened at UFC 212 on this edition of The MMA Report Post Fight Podcast.