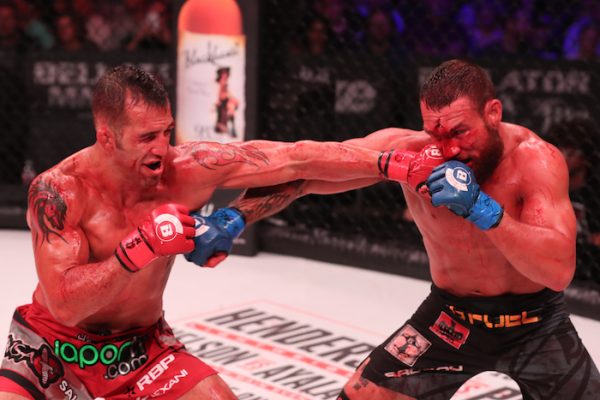 Bellator 181 took place this past Friday from WinStar World Casino in Thackerville, Oklahoma and was headlined by Derek Campos winning his fourth straight fight as he defeated Brandon Girtz by doctor stoppage at the end of the second round.

When it comes to the television ratings for the fight card, it was revealed on Monday by Nielson that Bellator 181 drew 514,000 viewers on Spike in the preliminary ratings (Live+SD). On Wednesday, Spike announced in a press release that the fight card drew 573,000 viewers and peaked at 912,000 viewers in the main event bout between Campos and Girtz.

*- Combined viewership on Spike and CMT

The next Bellator event is set for August 25 from the Turning Stone Resort and Casino in Verona, New York and the fight card will be headlined by a key matchup in the welterweight division as former Bellator champion Andrey Koreshkov faces Chidi Njokuani.