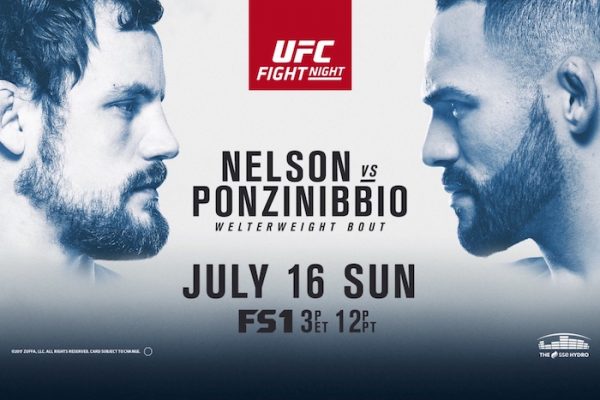 UFC Fight Night 113 took place on Sunday on FS1 from The SSE Hydro in Glasgow, Scotland and was headlined by Santiago Ponzinibbio scoring the biggest victory of his career as he defeated Gunnar Nelson by knockout in the first round.

The UFC will return to FOX Sports on Saturday for UFC Fight Night: Weidman vs. Gastelum from Uniondale, New York. The televised preliminary card will begin at 6 p.m. ET/3 p.m. PT with four fights on FOX and following the conclusion of the prelims, the four fight main card on FOX will start at 8 p.m. ET/5 p.m. PT.