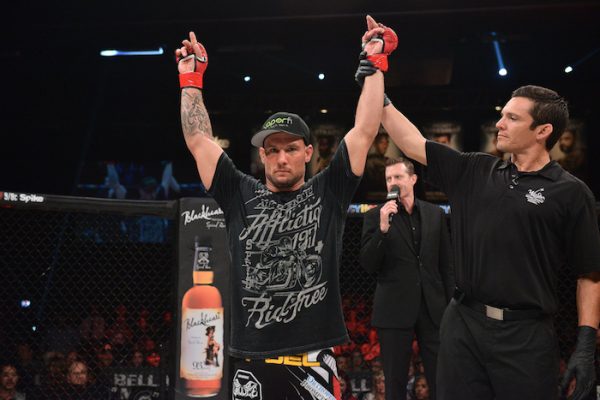 The launch of the Professional Fighters League took place this past weekend in Daytona Beach, Florida and Jason Floyd gives his thoughts on the event on this week’s episode of The MMA Report Podcast. Along with giving his thoughts on the fight card, he plays a piece of audio from Professional Fighters League Executive Carlos Silva on how the promotion will be structured in 2018.

After hearing that comment from Silva, Jason tells you about some of the latest news in MMA including Michael Chiesa formally appealing his submission lost to Kevin Lee at UFC Fight Night 112 and Linton Vassell being upset that he is being passed over for a title fight in the Bellator light heavyweight division.

Up next is the latest fight bookings in the UFC and Professional Fighters League. From two new matchups added to Saturday’s UFC 213 to multiple matchups added to the UFC’s return to the Netherlands in September. Following this, Jason let’s you hear from five fighters that will have fights over the next two weeks. Up first is UFC bantamweight Albert Morales (41:19), who is stepping up on short notice to face Brett Johns at UFC Fight Night 113 next week. Then he chats with two fighters that will be facing each other this weekend at UFC 213 as he chats with Terrion Ware (54:40) and then talks with Cody Stamann (1:05:11).

Following those UFC interviews, Jason turns his attention to next week’s Bellator 181 as he is joined by Brandon Girtz (1:17:04) and Mike Rhodes (1:28:48). Girtz comes on to talk about his trilogy bout against Derek Campos in the main event of the fight card and Rhodes previews his middleweight bout against Rafael Lovato Jr.