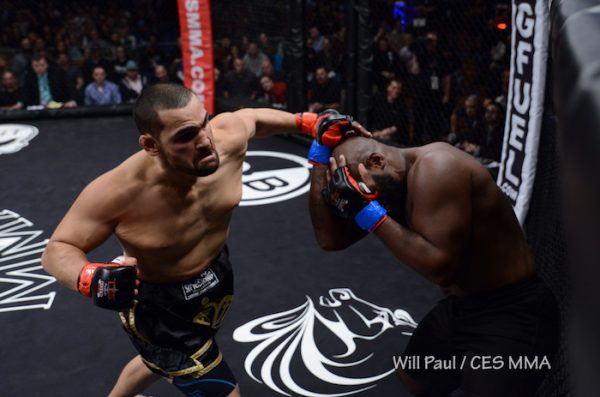 Video: Greg Rebello knew he would cross paths with Azunna Anyanwu at some point

The inaugural episode of Dana White’s Tuesday Night Contender Series will take place on July 11 in Las Vegas and the co-main event of the fight card will be a heavyweight bout as Greg Rebello will meet Azunna Anyanwu.

Rebello (22-7) has won six of his last seven fights and is coming off a submission victory against Kevin Sears at CES MMA 44 in May. This will be his third fight in 2017 and his last five victories have come by either TKO/KO or submission.

During last week’s episode of “The MMA Report Podcast,” Rebello was a guest on the podcast to preview his fight next week against Anyanwu and explained that he knew at some point he would cross paths with Anyanwu.