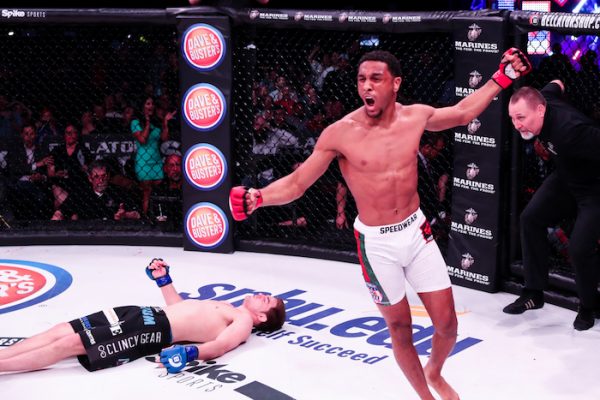 Bellator 187 took place on Friday night from the 3Arena in Dublin, Ireland and was headlined by A.J. McKee remaining undefeated with a submission victory in the third round against Brian Moore in a featherweight bout.

The fight card also saw the third professional fight of Kevin “Baby Slice” Ferguson Jr. as he won his second straight fight as he submitted Fred Freeman in the opening round.

The complete Bellator 187: McKee vs. Moore results are below.