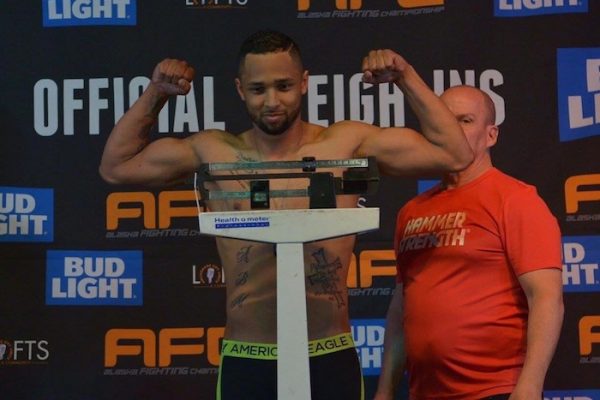 Video: Alaska FC 135’s Dom Meriweather on using notoriety to help community and wanting to be remembered as “People’s Champion”

Alaska Fighting Championship 135 will take place on Wednesday and the main event will be a lightweight bout as Dom Meriweather will look to remain undefeated when he takes on Niko Novelli on the fight card that will be streamed live on UFC Fight Pass.

During this week’s podcast, Meriweather was a guest on the show to preview his matchup against Novelli. In addition, he talked about wanting to use his notoriety in MMA to become involved in the community and wanting to be remembered as the “People’s Champion.”