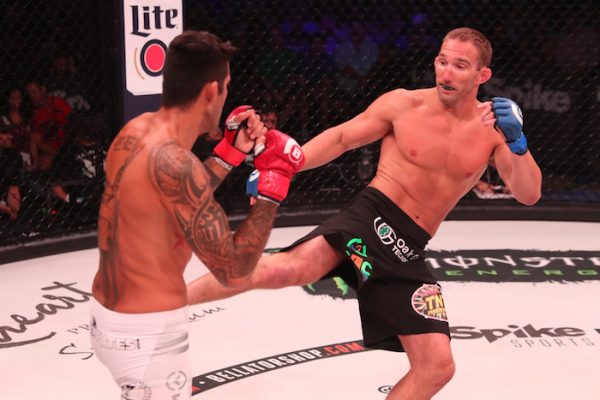 Bellator 188 will take place today in Israel (airs via tape-delay on Friday night on Spike) and the main card will feature one of the top middleweights in Bellator as John Salter will look to continue his winning streak when he faces Jason Radcliffe.

Salter (14-3) is currently on a six fight winning streak and four of those wins have come in Bellator. All of his wins in Bellator have come by stoppage and he enters this fight following a submission win against Kendall Grove at Bellator 181.

During this week’s podcast, Salter was a guest on the podcast to preview his fight against Radcliffe at Bellator 188. He discussed how the change in opponent altered his preparations for the fight, his place in the middleweight division, and training with Derek Brunson.