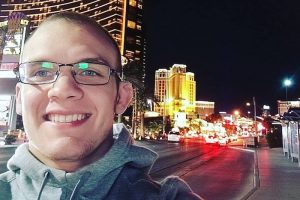 American Top Team prospect Kevin Syler will look to remain undefeated on Sunday, April 8 as he will look to improve to 7-0 when he meets Juan Cipriani at FITSA Fight Night.

Syler (6-0) has won five of his six fights by stoppage and four of those wins have come by submission. He enters this fight following a third round submission win against Damian Ruiz at Combate Cotas MMA 3 in June of last year and he tried out for The Ultimate Fighter at the end of 2017.

I recently had an opportunity to speak with Syler about his upcoming fight and he spoke about the learning experiences he took in while trying out for the UFC reality show.